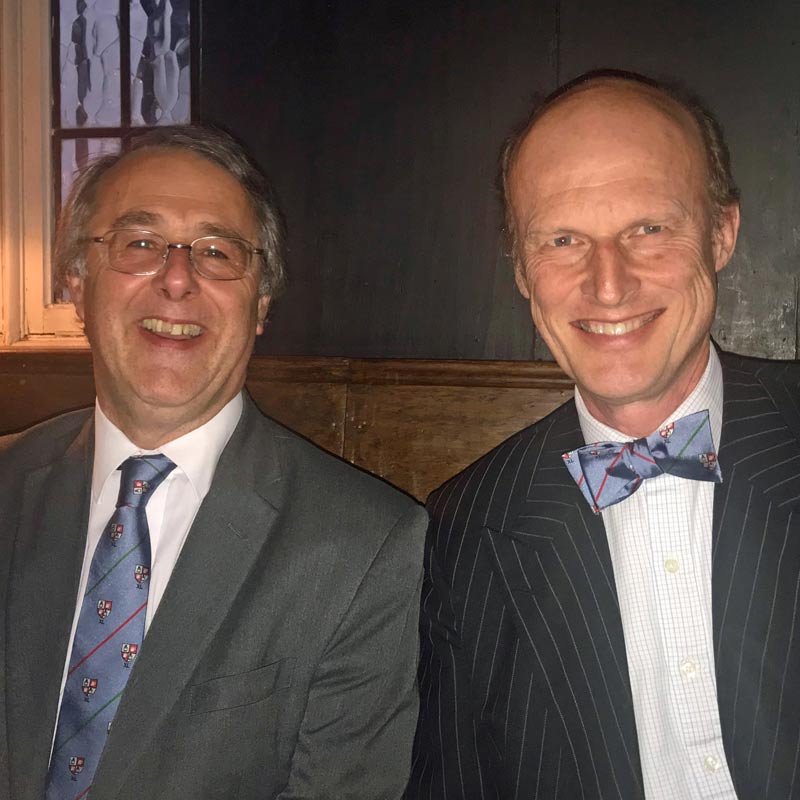 The magnificent 40th anniversary Campaign for Real Gin ties made a preview appearance at the CRG informal at The George, 213 Strand, on 25th April.

Full production was duly authorised, and delivery was made in time for CRG members to look their resplendent best at dinner with the Cambridge University Pitt Club the following month.

The CRG is indebted to Magnus for having proposed, researched and implemented this initiative.