We invited the Campaign historian OD Wise to produce the following brief history: 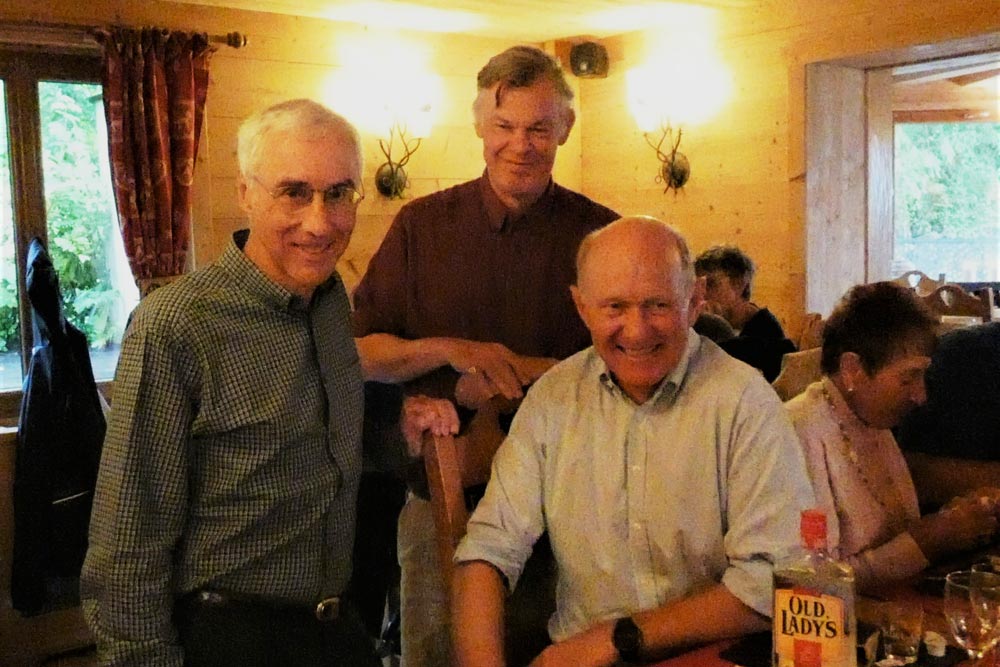 Like many fine and ancient institutions, the precise origins of the Campaign for Real Gin are shrouded in mystery but the authorities are generally in agreement that it was conceived in the bar of Downing College, Cambridge by Marvin Faure – then an undergraduate with spirited tastes. Our Founder, though a Gonville and Caius man, drank deep in Downing. A ‘Gin and Silly Ties’ party was held in Harvey Court in March 1978 as a forerunner, but the proper inaugural meeting was held in Marvin’s rooms later that year. Marvin’s Cambridge career reached an uncomfortable conclusion when, having mislaid his Gonvilles, he tried to climb into his rooms, fell from an upper room and went in the fetlock. Happily, he soon recovered.

The previous paragraph may be criticised for straying from the point. This is a feature of the CRG, which has rarely proceeded along straight lines, even during its sober moments. The first dinner, held in Cambridge, purported with minimal regard for the truth to be a gathering of Old Rugbeians. Although there were a couple of genuine alumni, Old Rugbeians we were only in the sense that everyone had played Rugby football at some time, and would be unlikely to be in a condition to play again. It was thought that St. John’s College might be reluctant to play host to us by our true name, and so a pseudonym was employed. Thereafter the CRG has always adopted a frank, manly and open policy.

The rituals of the CRG were starting to take shape. Formal meetings were held, at which gin and tonic were consumed, generally in pint mugs, often accompanied by Stilton and Bath Oliver biscuits. At one formal meeting, pint mugs were dispensed with, and a blind tasting session was held. Like most CRG occasions, this was organised by the Hon. Secretary. Eight numbered bottles were filled with different gins selected by the Hon. Sec. Tasting of the gin – neat or pink – followed, and members noted down their opinions. At the end, the Hon. Sec. (also the Hon. Scorer) totted up the scores. Gin number seven had in fact been water, a fact not universally appreciated by some who had worked their way up in sequence from number one. Of greater interest was the fact that our then leading brand came second in members’ estimation and a certain supermarket brand came top.

In fact, Spud Spencer disclosed that for many years, he had been decanting supermarket gin into Gordons bottles!

In the 1980s, informal meetings held about six times a year replaced the old formal meetings, initially at the Sun, Lamb’s Conduit Street, until, horribile dictu, it was replaced by an Irish themed pub “Finnegan’s Wake” in 1995 (curiously it was renamed the “Perseverance” in 2001).

In celebration of 20 years’ existence, there were special informal meetings at the Oxford and Cambridge Club in 1998.

A Pair of Balls

In April 1988 the 10th anniversary Juniper Ball was held at the Waldorf Hotel, with the slogan “A Decade of Decadence”. This splendid affair, with copious gin, a piper, fine food, music and dancing, was a tremendous success both socially and financially. When the accounts were finalised, the CRG was able to present a cheque for £7,559 to the British Lung Foundation. 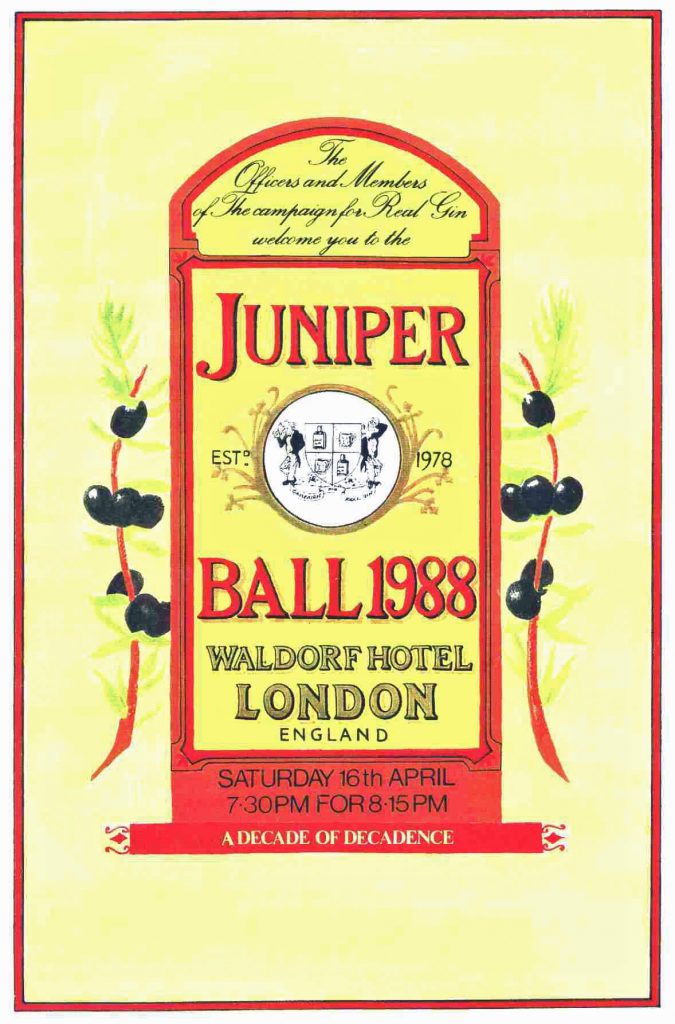 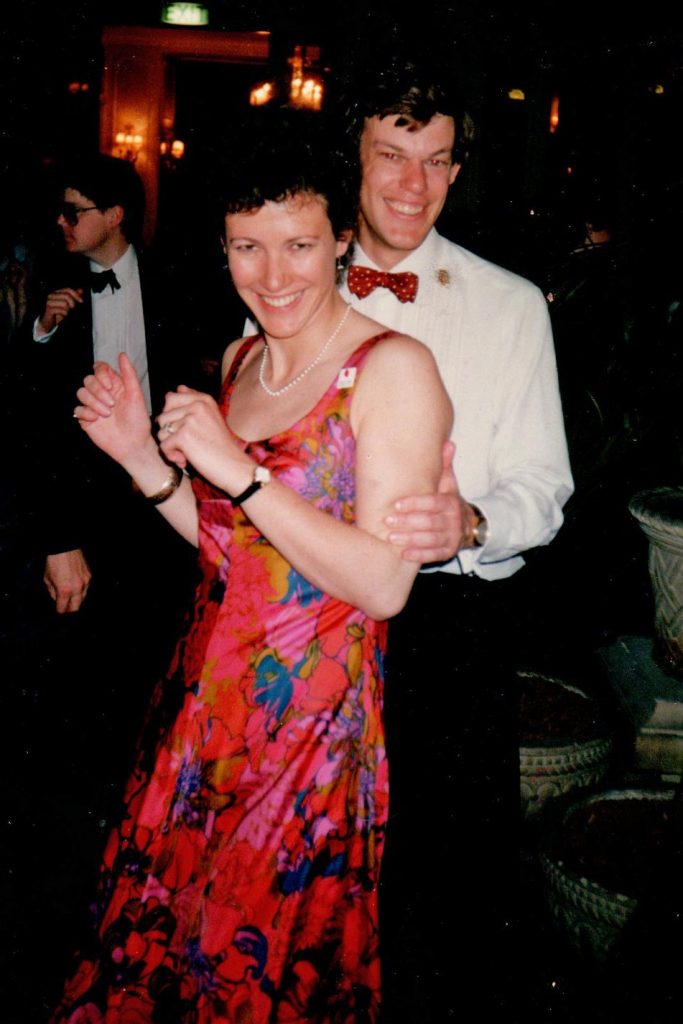 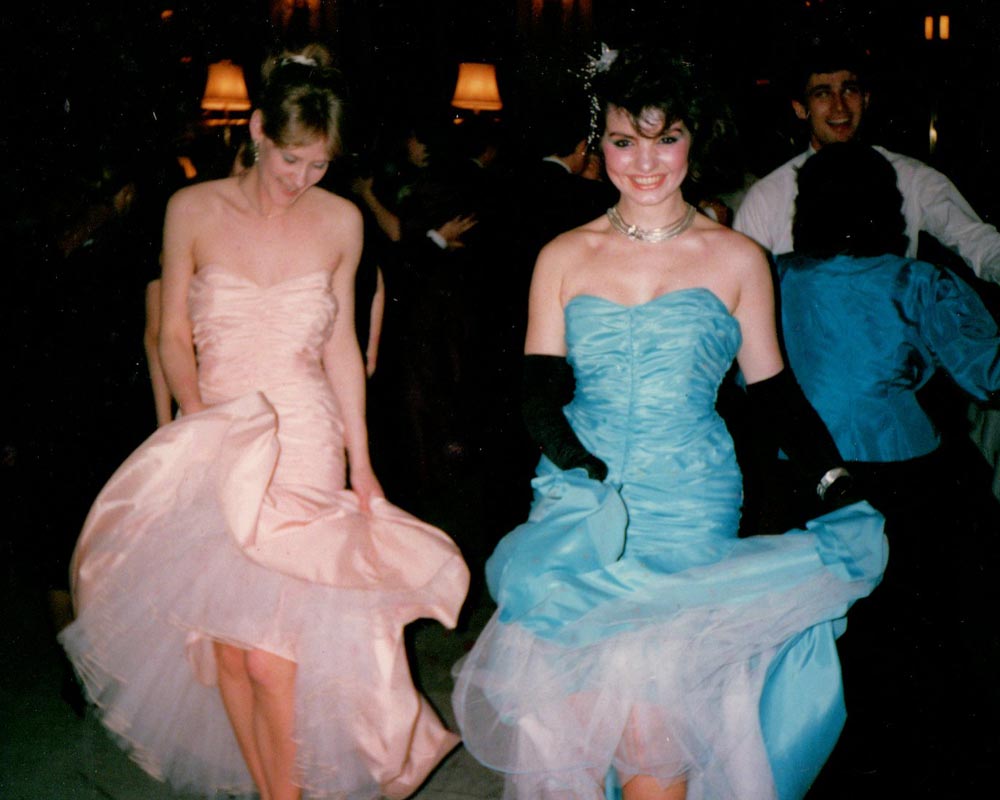 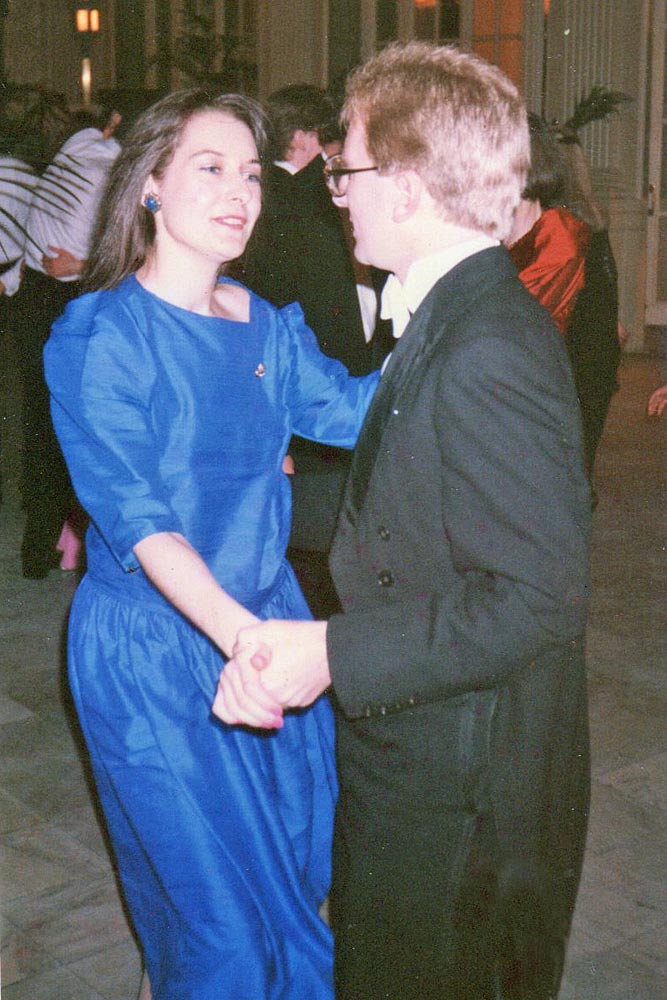 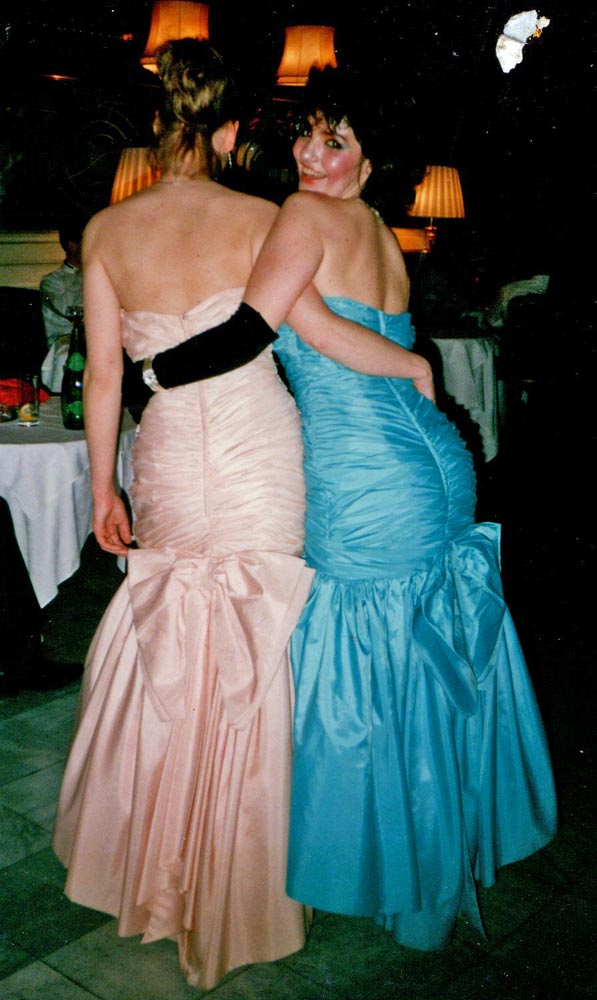 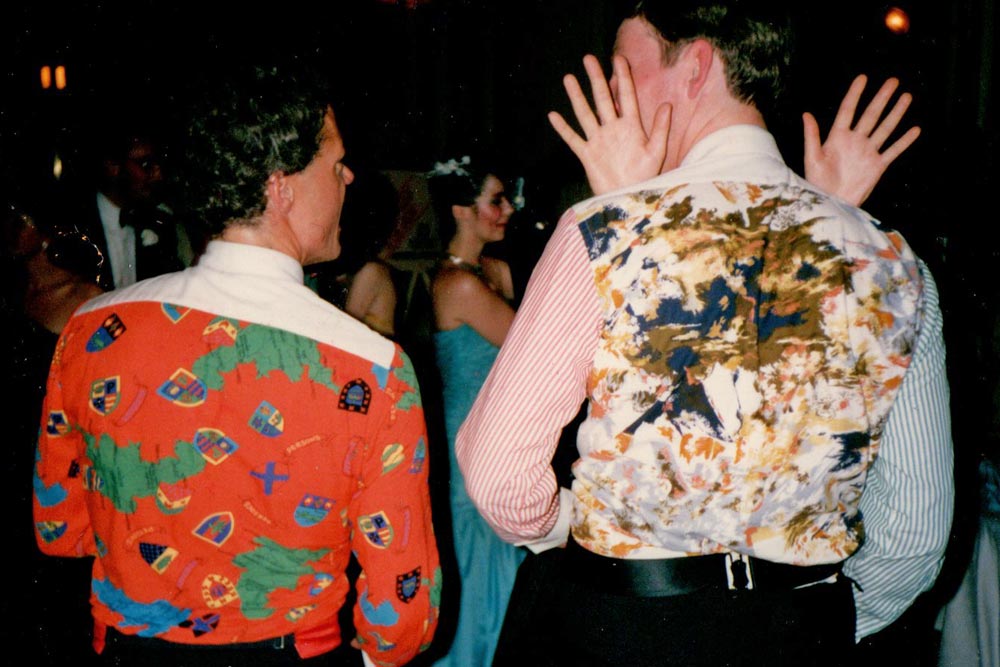 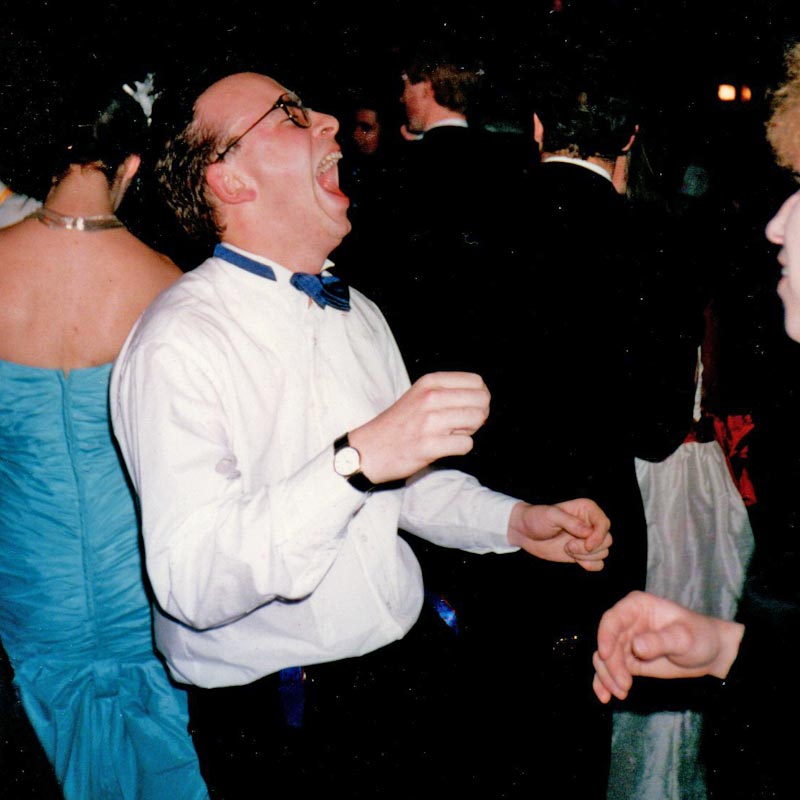 In 1997, the Campaign decided to hold a ball the following year to celebrate the 20th Anniversary. However, by the time the ball committee assembled, it was clear that the 21st Anniversary should be celebrated as the CRG’s “coming of age”! In April 1999, the second Juniper Ball was duly held at the Merchant Taylors’ Hall, with the slogan “The Spirit of Juniper”. This was another splendid occasion and ultimately raised sufficient funds for the RNLI to purchase a class D lifeboat, The Spirit of Juniper, which took up station at Littlehampton.

A society with serious purpose

A curiosity of the CRG is that its members never drink gin in a pub, although pubs are where they most often meet. This has occasionally given rise to the criticism that the CRG is insufficiently committed to gin. That heresy was refuted when several gin producers announced the reduction of the strength of their gins from 40% to 37.5% proof. A stiff letter was composed by the chairman of the constitution committee of the CRG (Oliver Wise), abetted by the Bottletop and the Hon. Sec. A referendum (which could conveniently have been held simultaneously on the Maastricht Treaty, which was causing public concern at the same time) was sought. A key question was put: should we drink our gin and tonic in quart mugs or adopt the litre? The craven editors of The Times and The Daily Telegraph refused to publish the letter; but the argument was won and the distinction between real gin and weakened gin is clearly established.

Indeed, such was the sense of outrage felt within the CRG following the ‘dilution debacle’ that for a short time the Campaign was driven to producing its own label gin of a sensible strength.

The annual dinner has been held at a London Club or restaurant shortly before Christmas every year since 1981. It began memorably at the now sadly defunct Wine Office Court Restaurant, just off Fleet Street. The speaker was Major Abbott. The evening was pleasantly rounded off by a knobbly knees contest in Fleet Street, judged by an amiable passing policeman and won by Stephen Marriott. On such glittering occasions dinner jackets are compulsory, silk CRG bow ties optional and the Goodfellow-Manns Two Little Boys inevitable. To clear up any confusion: Goodfellow and Manns are not themselves the two little boys. They merely perform a censored version of Rolf Harris’s sentimental song about two cavalry soldiers whose conduct at the very least was prejudicial to good order and military discipline. A sterner military tale is told when The Green Eye of the Little Yellow God is taken out for its annual airing by Oliver Wise.

In years gone by, figures from an older generation – housemasters, members’ fathers and others – would attend and make a speech. From that point it was but a short drop to the floor when all would march round the dining table on their knees, singing the dwarves’ working song from Snow White

Gin in the garden

The CRG garden party is an annual event. It too started in Cambridge, but has been held in London since 1983. A special gin cocktail, whose constituent elements vary from year to year under the supervision of the Hon. Sec., is drunk. Sometimes there is musical accompaniment. Most memorably, one year a West Indian Steel band was arranged by Bob Gibson. 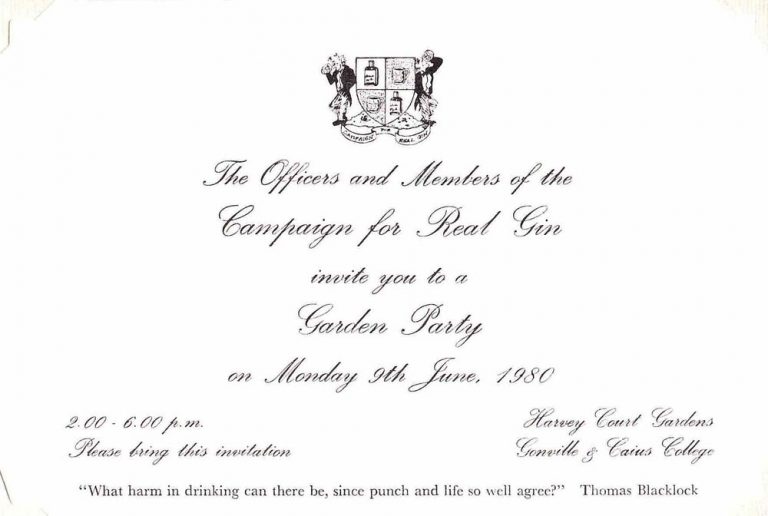 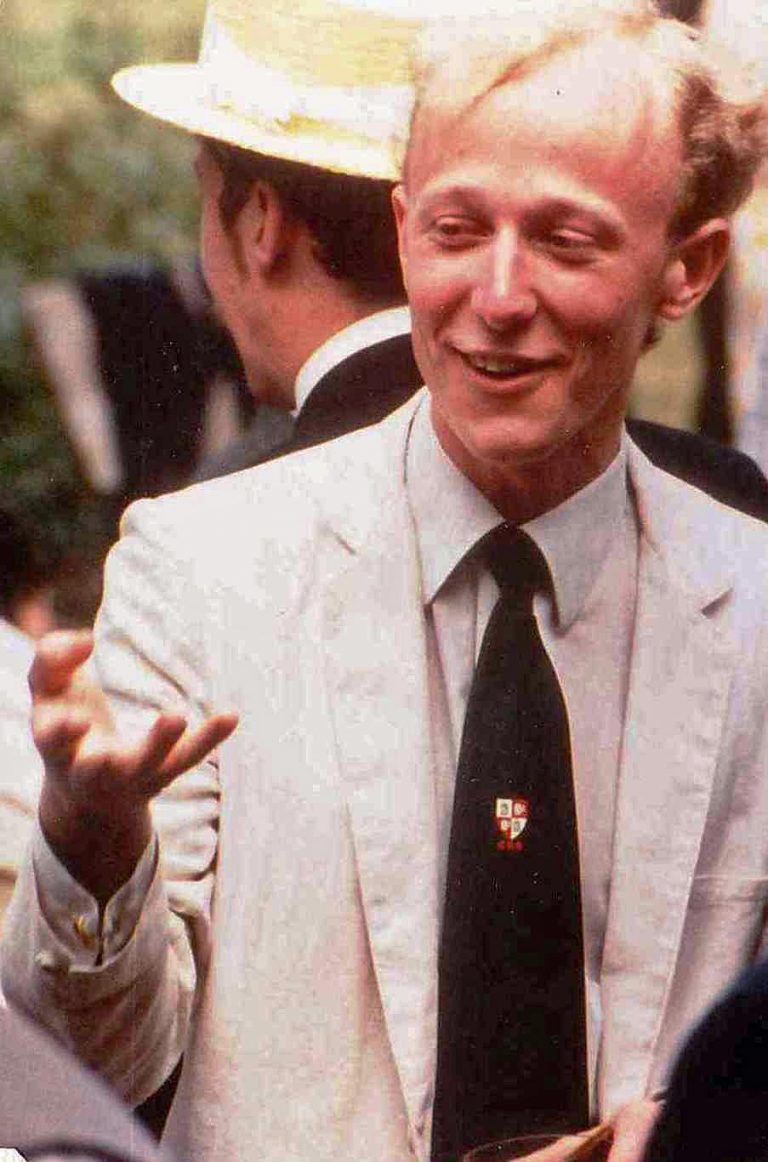 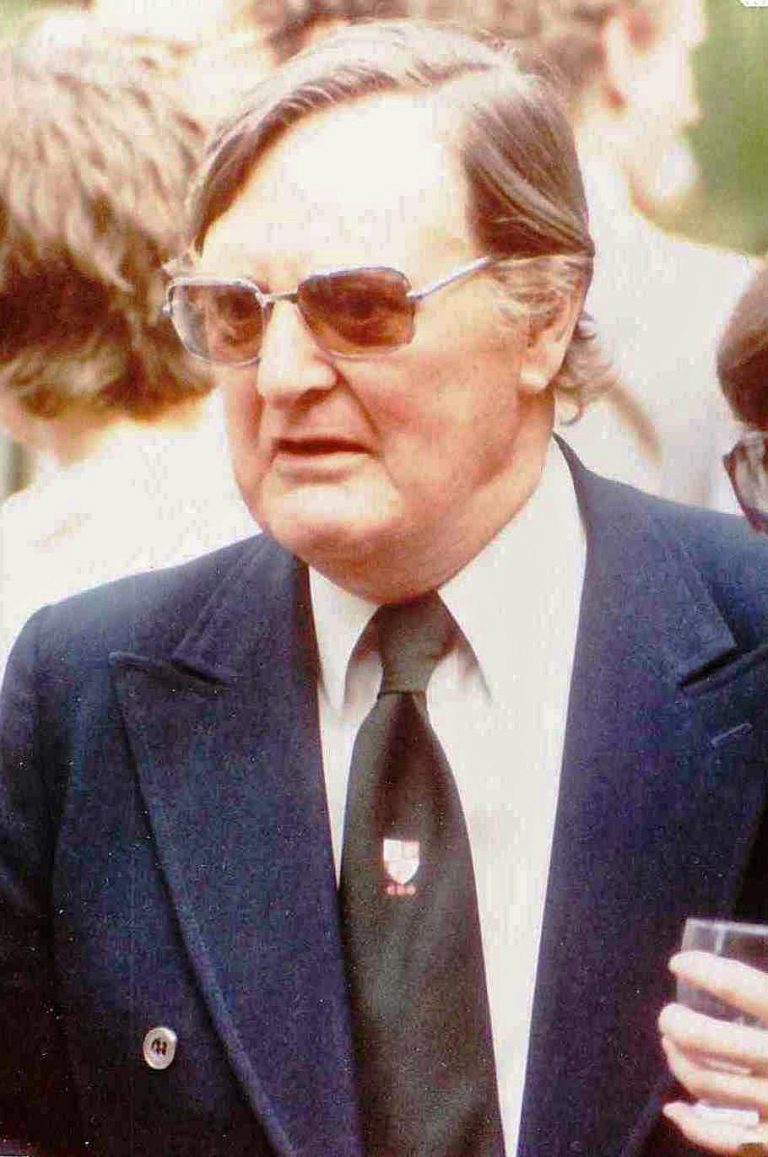 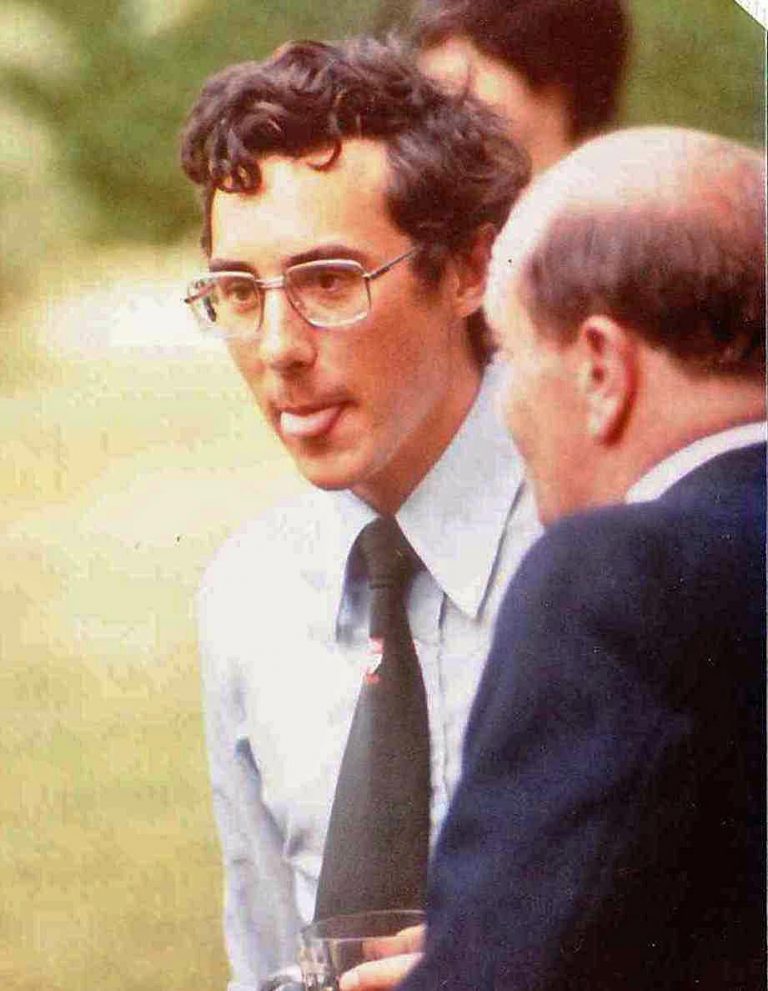 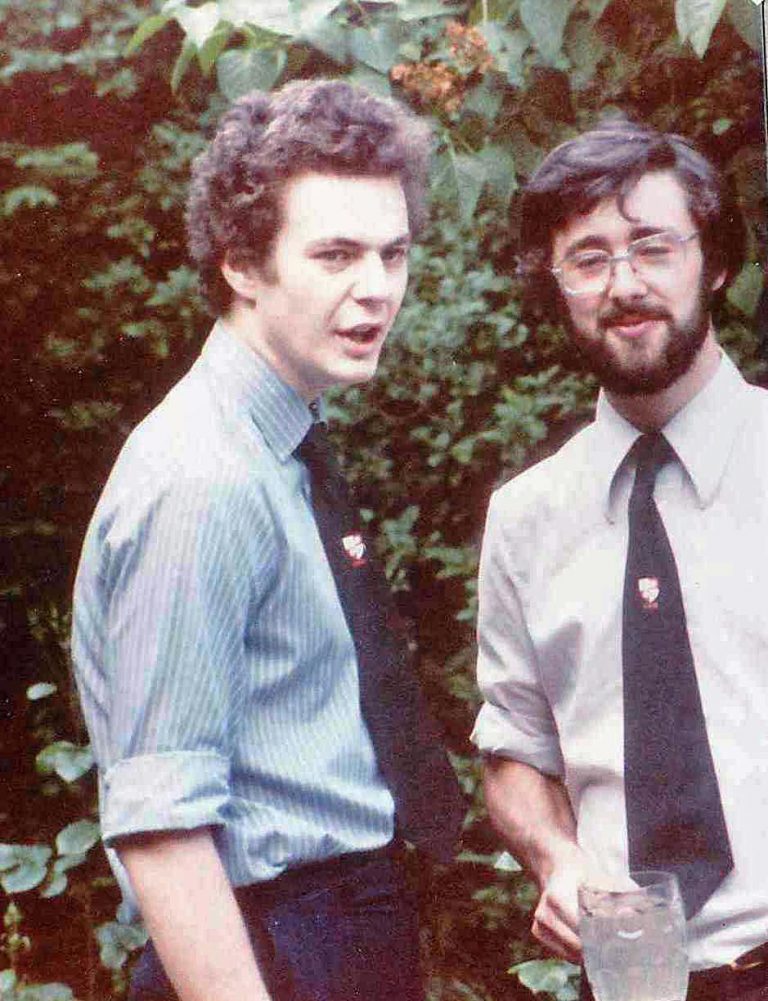 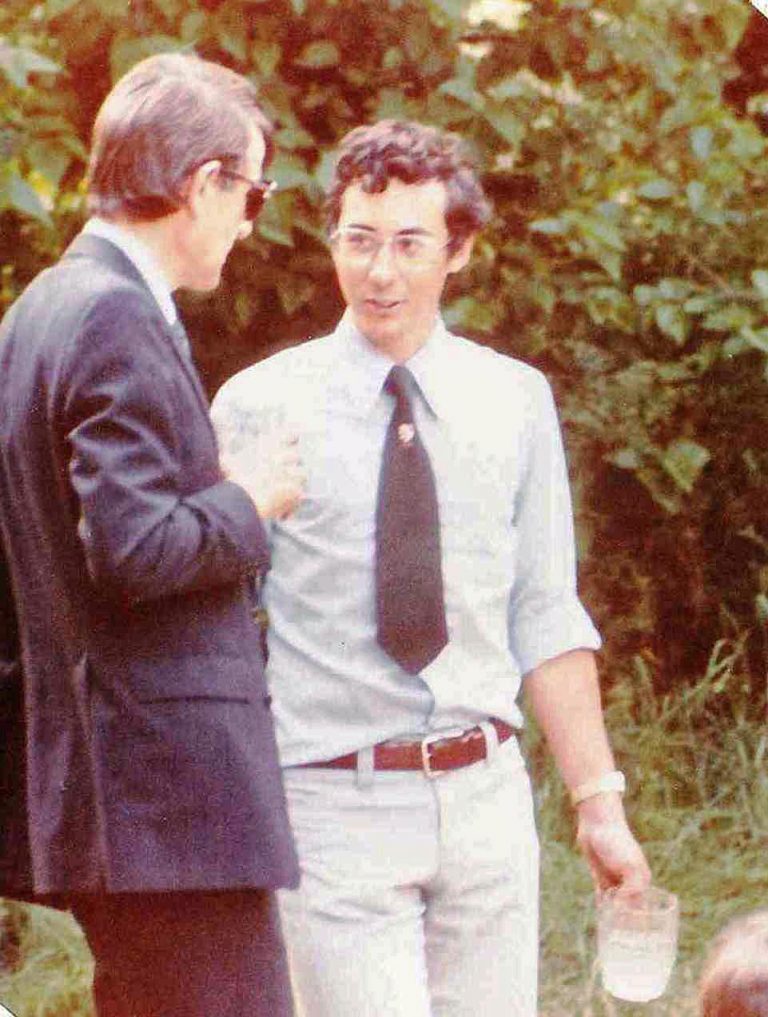 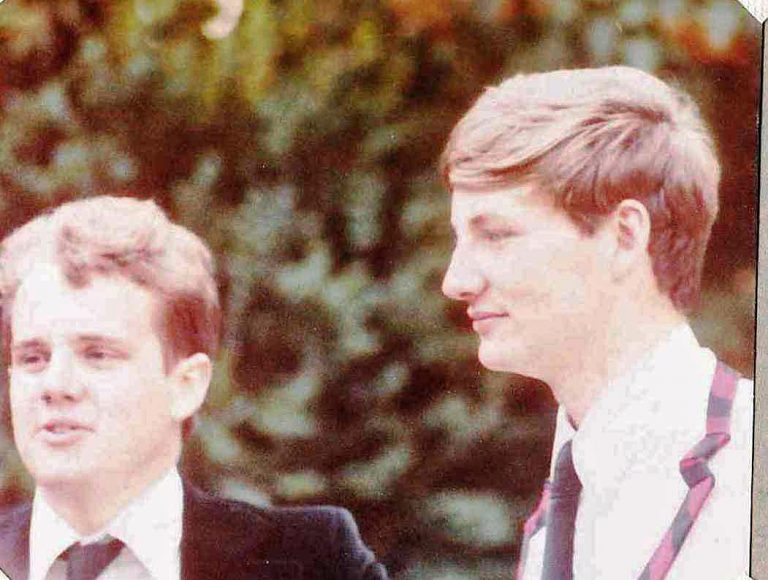 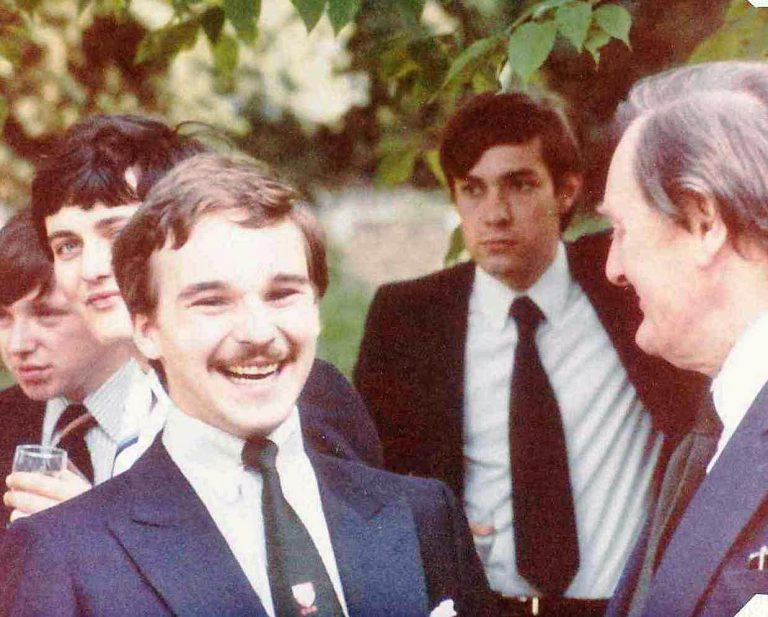 For the past few years the party has been held in the Middle Temple gardens. There, if you are fortunate enough to be a member or his guest, you may drink unlimited quantities of a glorious cocktail (and, if a member, drink from a crested CRG pint mug). The hideous bottle green polyester CRG ties – much dunked in earlier years – are no more to be seen. They have been replaced by the superior light blue silk crested creations you may have seen being sported by the members. A baggy CRG Cricket Club cap is passed around to collect money for a special charity selected by the CRG for support that year.

“We shall drink them…”

No account of the CRG would be complete without a reference to some of the rituals that have evolved. One of the most intriguing, perhaps, is the proclaiming of the ‘nevers’. After numerous toasts to other Cambridge dining clubs (“We shall drink them at the Natives, we shall drink them at the Crabs etc”), the member giving the ‘nevers’ shouts at the top of his voice “…but we shall never… never (repeated anything up to eight times) …stop drinking!” These words have barely ceased to echo around the hall/restaurant/garden before the Bottletop shouts “Dead ants!” and hurls himself to the ground, waving his legs in the air. The CRG members follow his example, in so far as their age and condition will permit. Upon the Bottletop’s cry “Live ants!”, they spring to their feet and give a loose imitation of so many rabbits by jumping up and down with wrists cocked, emitting high pitched calls of “Ni, ni!” The origins of this practice are uncertain. The CRG historian suspects that the second cry of the Bottletop should be “Live rabbits!” rather than ants; but, if it be so, the Bottletop has always got it wrong, and the ritual is now too entrenched to be changed.

“…at The Players’ Theatre…”

The mention of entrenched rituals brings one to The Players’ Theatre. Apart from the Juniper Balls, the largest CRG gatherings have been for two trips to the Late Joys – evenings of Victorian music hall entertainment at The Players’ Theatre in Villiers Street. A witty Chairman, brilliant music hall turns and the opportunity to drink throughout and dine afterwards have made these evenings particularly successful events. At the first of these Noel and Nienke had their engagement announced. After a courtship of more than biblical length, the CRG’s cheers of approval were audible on the London, Dover and Chatham Railway above.

“…at the Towcester races…

The CRG has only once been noted in the national press. In 1988, Bob Gibson, a former Timeform journalist and evergreen CRG stalwart, organised the sponsorship of a race at Towcester: The “Campaign for Real Gin 10th Anniversary Selling Handicap Hurdle” (aka the 1.45). The CRG was written up in the sporting press, it had its own marquee and Mrs Bottletop presented a trophy to the successful owner.

It remains only to thank the many people who have contributed to the CRG during its 40+ years. Foremost amongst them is the Hon. Secretary, whose genial news letters, powers of organization, computer skills and good cheer have kept the gin on the rocks and the CRG off them.