Naming Ceremony and Service of Dedication of Spirit of Juniper

The CRG lifeboat Spirit of Juniper was officially named on 21st May 2005 during a ceremony at the Littlehampton Lifeboat Station.

(Click on any image below to open slideshow view) 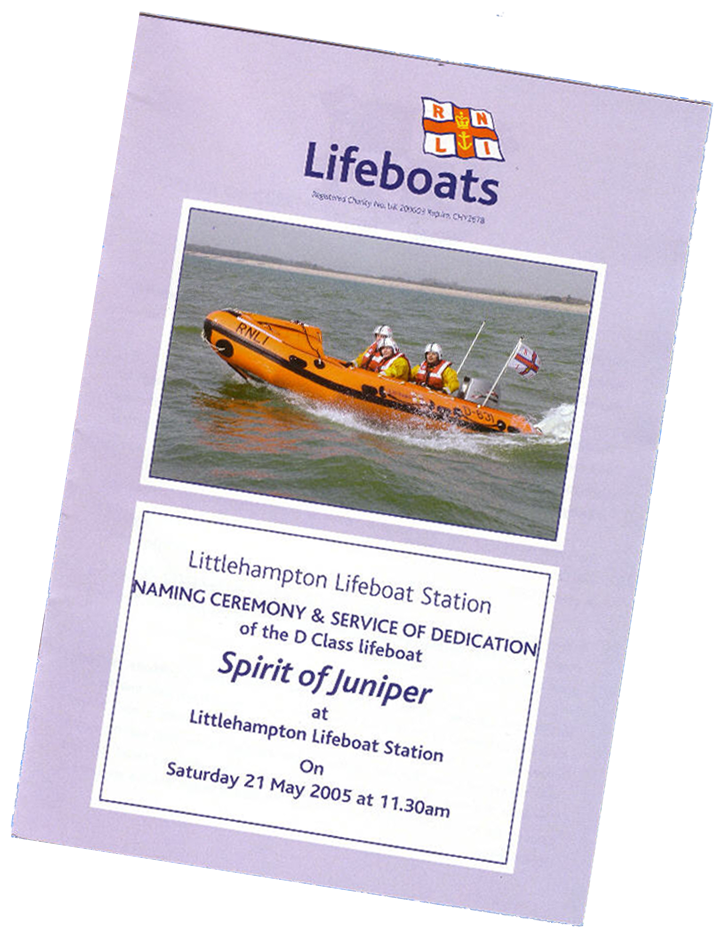 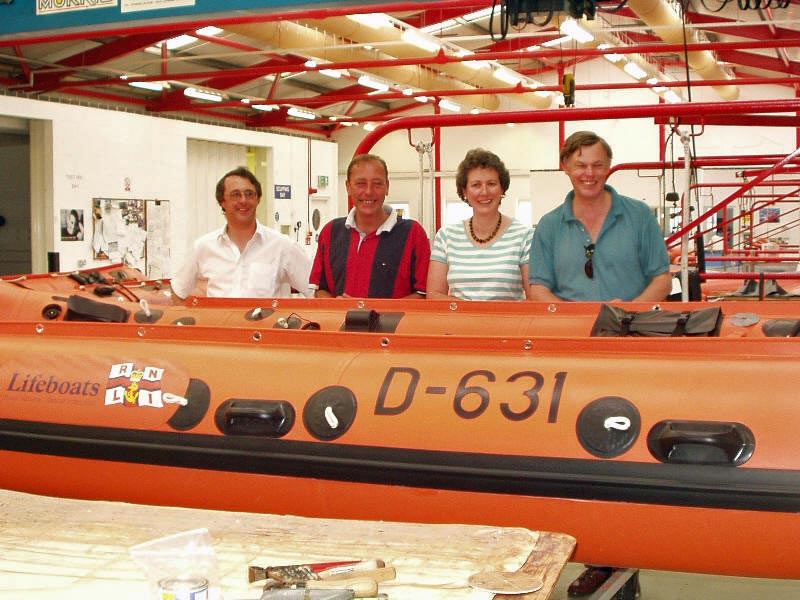 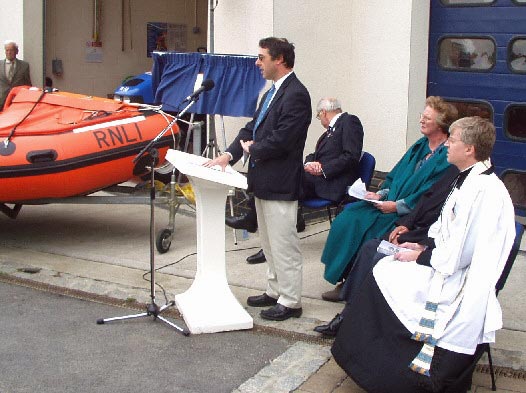 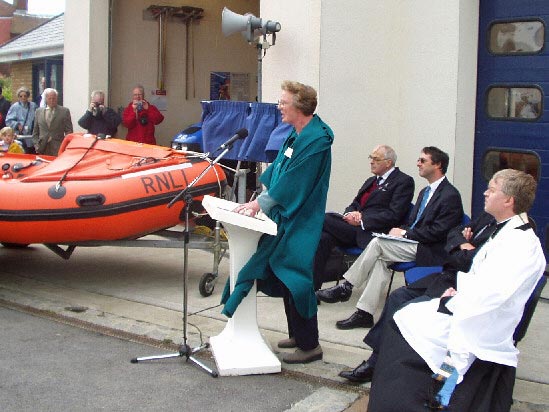 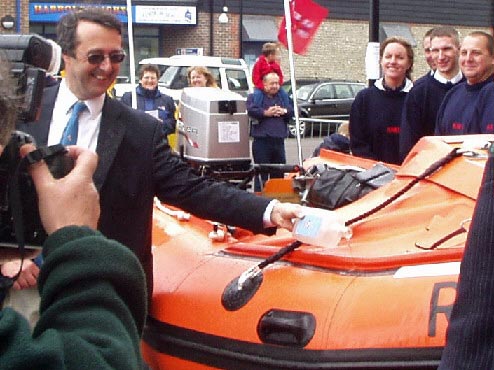 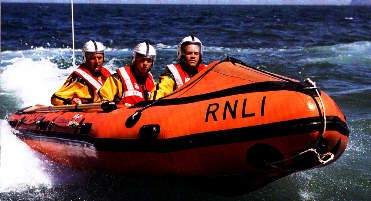 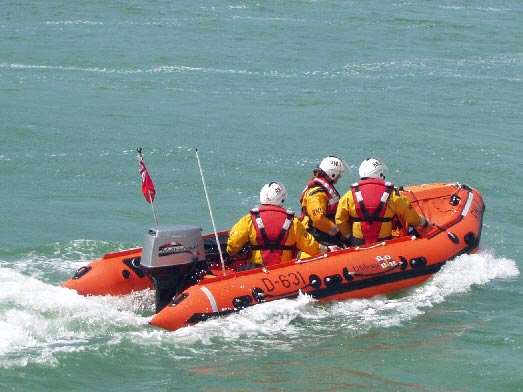 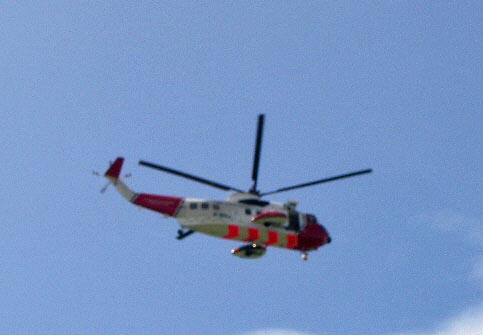 The blustery day opened with a “shout” at 08:20 when coastguards observed an unmanned dinghy drifting off Littlehampton. Because Spirit of Juniper had been polished and prepared for the ceremony, the crew took Blue Peter 1 out to investigate. By 08:47, they had recovered the dinghy and returned to harbour and could resume preparations for the naming ceremony.

As the crowds and press assembled for the 11:30 start, so did the grey clouds…

After a stirring rendition of the National Anthem, the Station Branch Manager, Peter Cheney, opened the proceedings. Nick Ellis (CRG Hon. Sec.) then said a few words and officially handed Spirit of Juniper into the care of the RNLI (in the person of Miss Helen Griffiths from the RNLI Council). As Helen Griffiths addressed the assembled company (declaring an interest in Juniper juice en passant) the heavens opened and the rain started to fall!

Spirit of Juniper was duly delivered into the care of John Jones, Lifeboat Operations Manager of the Littlehampton Station Branch.

As the rain lashed down, the Reverend George Bush (CRG Chaplain) conducted the service of dedication, during the course of which the hymns O God Our Help In Ages Past and Eternal Father, Strong to Save were sung.

After the Blessing, Nick Ellis named Spirit of Juniper, unveiled a plaque naming the Campaign for Real Gin as the donors and poured a bottle of Silver Spirit (the Campaign’s own-label gin) over the lifeboat – much to the consternation of all around!

The “tradition” of passing the remains to the crew was of course observed. After the ceremony, Spirit of Juniper was launched and put though her paces on the River Arun. She was joined in the celebrations by HM Coastguard’s helicopter “India Juliet” from Lee-on-Solent.

The RNLI kindly provided the following statistics for 2007 and 2008, which give an impression of the frequency and nature of operations of the boat and its crew. In summary, in 2007, The Spirit of Juniper was launched 22 times and rescued 15 people in the year. In 2008, it rescued 20 people in 27 launches.